How to memorize music: Tip #2 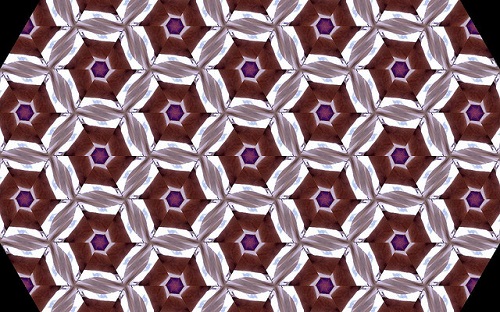 In the first post in this series, you learned about the four types of musical memory and about the first simple memorization technique: start small.

In this post, you’ll learn about the second simple memorization technique, form analysis.

If the name of that technique freaked you out, don’t let it get you down. Music theory is not my strong suit, and “Form Analysis” is, well, intimidating.

I don’t mean that you have to analyze your pieces in a way that would pass a music theory class. What I mean is for you to look at the tune you are memorizing, find recognizable chunks of music, and label them. Specifically, 1) Identify the chunks that repeat themselves, if any. Then, 2) Identify chunks that are similar but not identical, and define the differences between them.

It’s all about the patterns

Let’s do Twinkle Twinkle Little Star as an example, since we all know it. We can label this tune in several different ways. Music readers will probably label it differently than non-music readers, but it doesn’t matter! You just need your labeling system to work for YOU.
The notes that go with the phrase, “Twinkle twinkle little star, how I wonder what you are” might be called “A”.

Notes that go with “Up above the world so high” might be called “B”.

So the structure of Twinkle Twinkle Little Star would be A, B, B, A:

If you are a non-music reader, you might not divide the song that way. You might just try to memorize where you use all three fingers on the A string. Let’s say every time you have to put all three fingers on the A string, that is called “Three Pigs”, and every time you have the opening phrase, “Twinkle twinkle little star”, let’s call that “Big Bad Wolf”.

However you label the parts in your tune is okay. Notice that I differentiated between the pure “Three Pigs” versus the “Three E-Pigs”. This is an example of chunks that are similar, but not identical. The Three Pigs are just 33, 22, 11, A. The Three E-Pigs are EE, 33, 22, 1.

You could memorize the fact that the Three Pigs follow after each Big Bad Wolf, whereas the Three E-Pigs are hanging out in the middle.

If we took out the childish names for those chunks, we could label them more traditionally according to form analysis. Then, instead of Big Bad Wolf, the form would be, “A, B, B-prime, B-prime, A, B”
“Prime” designates the all important chunk of music that is similar, but not identical. Shorthand for “prime”, is a little apostrophe:
A, B, B’, B’, A, B

Try to think of this song using a sandwich analogy. “A” might be the bread. “B” might be cheddar cheese. “B-prime” might be Swiss cheese. Do you see? They are both cheese. Similar, but different. I could go on and on, but it is more important that you take this concept, and then figure out the labeling system that works for you.

Be sure to find the sections that are similar but not identical. These are memory traps.

One last thing you will find helpful before you grab your labeling machine, is that you can choose to label the “macro form”, meaning just the biggest sections, or you might need to label the “micro form”. Sometimes I even do both at first, until I no longer need the micro labels, then I just rely on the macro labels.

Ready for some practice? Try to label these simple songs, not based on the lyrics, but on the music!

Watch the video below to learn more about these types of memory, and to see the analysis and labeling in action (starting at about 6:30)