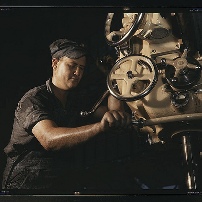 A great bow arm is one of the most beautiful things to watch! It’s as smooth as butter, and looks so effortless, it commands enough power to project over an entire orchestra, or it can play astoundingly soft….yet the purity of sound will still penetrate to the very back of a concert hall.

But if we just look at the big picture, we’ll never understand it….sort of like my nephew who has a compulsion to take things apart….toasters, bicycles, computers, you name it, and by the time he’s taken it apart, he understands it. And so, in this video, I have dismantled the bow arm into its major parts….the upper arm, the lower arm, the wrist, and the way in which these body parts participate in the use of both the upper half of the bow, and the lower half of the bow. Go ahead. Give it a whirl. It’s a Black and Decker, you won’t hurt it!